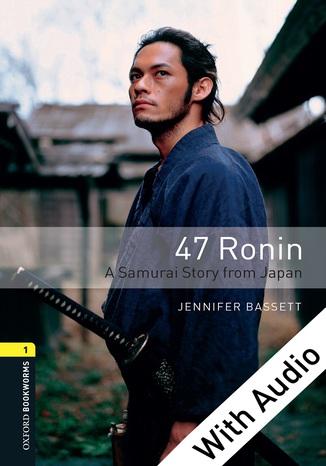 A level 1 Oxford Bookworms Library graded reader. This version includes an audio book: listen to the story as you read.

Written for Learners of English by Jennifer Bassett.

When Lord Asano drew his sword on Lord Kira one spring day in 1701, it began a story that is now a national legend in Japan. Lord Kira lived, but Lord Asano died, and after his death, his samurai became ronin, samurai without a master. And so began their long plan for revenge on Lord Kira. Their loyalty to their dead master made them famous, and people in Japan remember them to this day. The story of the forty-seven ronin has been told and retold for 300 years - in plays, novels, and films. A major Hollywood film was made about the forty-seven ronin in 2013.