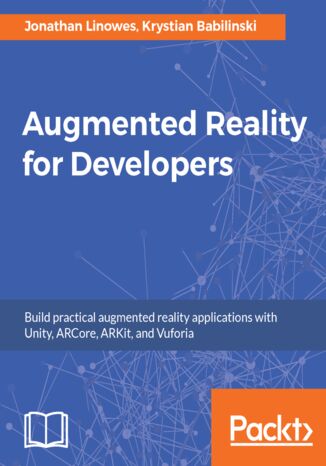 Who This Book Is For

The ideal target audience for this book is developers who have some experience in mobile development, either Android or iOS. Some broad web development experience would also be beneficial.

What You Will Learn

Augmented Reality brings with it a set of challenges that are unseen and unheard of for traditional web and mobile developers. This book is your gateway to Augmented Reality development—not a theoretical showpiece for your bookshelf, but a handbook you will keep by your desk while coding and architecting your first AR app and for years to come.

The book opens with an introduction to Augmented Reality, including markets, technologies, and development tools. You will begin by setting up your development machine for Android, iOS, and Windows development, learning the basics of using Unity and the Vuforia AR platform as well as the open source ARToolKit and Microsoft Mixed Reality Toolkit. You will also receive an introduction to Apple's ARKit and Google's ARCore! You will then focus on building AR applications, exploring a variety of recognition targeting methods. You will go through multiple complete projects illustrating key market sectors including business marketing, education, industrial training, and gaming.

By the end of the book, you will have gained the necessary knowledge to make quality content appropriate for a range of AR devices, platforms, and intended uses.

This book adopts a practical, step-by-step, tutorial-style approach. The design principles and methodology will be explained by creating different modules of the AR app.