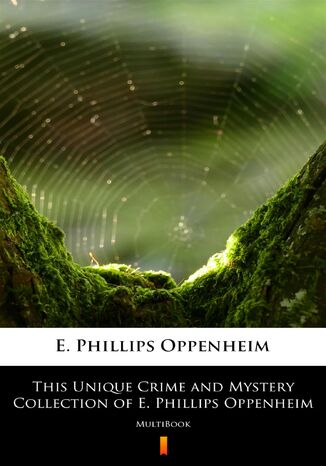 Edward Phillips Oppenheim is an English novelist, creator of adventure novels that gained immense popularity in the early 20th century. His espionage novels were widely known, where the writer was a pioneer. His works to a large extent contributed to the fact that the detective acquired not only the will and mental ability of the great detectives, but also iron grip, the ability to dodge and strike at the right time. The multibook includes the most read novels of the author, such as: The Great Impersonation, The Zeppelins Passenger, The Devils Paw, The Avenger, An Amiable Charlatan, Jacobs Ladder, The Yellow Hous, The Cinema Murder, Anna the Adventuress, The Wicked Marquis, The Box with the Broken Seals, The Moving Finger, The Black Box, The Golden Web, The Great Secret, The Double Traitor, The Vanished Messenger, Havoc, The Pawns Count, The Yellow Crayon, The Mischief Maker, Mysterious Mr. Sabin, Jeanne of the Marshes, The Malefactor, A Lost Leader, The Survivor, The Great Prince Shan, Berenice, The Hillman, A Millionaire of Yesterday.