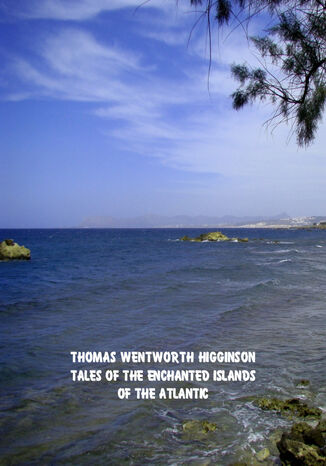 Tales of the Enchanted Islands of the Atlantic

Hawthorne in his Wonder Book has described the beautiful Greek myths and traditions, but no one has yet made similar use of the wondrous tales that gathered for more than a thousand years about the islands of the Atlantic deep. Although they are a part of the mythical period of American history, these hazy legends were altogether disdained by the earlier historians; indeed, George Bancroft made it a matter of actual pride that the beginning of the American annals was bare and literal. But in truth no national history has been less prosaic as to its earlier traditions, because every visitor had to cross the sea to reach it, and the sea has always been, by the mystery of its horizon, the fury of its storms, and the variableness of the atmosphere above it, the foreordained land of romance. In all ages and with all sea-going races there has always been something especially fascinating about an island amid the ocean. Its very existence has for all explorers an air of magic. An island offers to us heights rising from depths; it exhibits that which is most fixed beside that which is most changeable, the fertile beside the barren, and safety after danger. The ocean forever tends to encroach on the island, the island upon the ocean. They exist side by side, friends yet enemies. The island signifies safety in calm, and yet danger in storm; in a tempest the sailor rejoices that he is not near it; even if previously bound for it, he puts about and steers for the open sea. Often if he seeks it he cannot reach it.