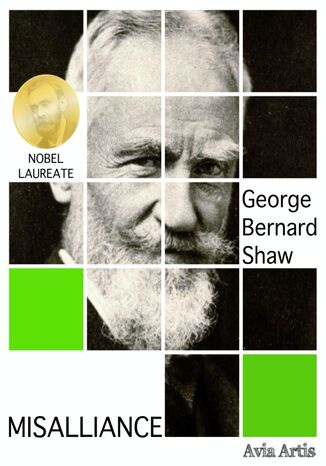 “Misalliance” is a play by George Bernard Shaw, an Irish playwright who became the leading dramatist of his generation, and in 1925 was awarded the Nobel Prize in Literature.

Misalliance is a play written by George Bernard Shaw. The play takes place entirely on a single Saturday afternoon in the conservatory of a large country house in Hindhead, Surrey in Edwardian era England.