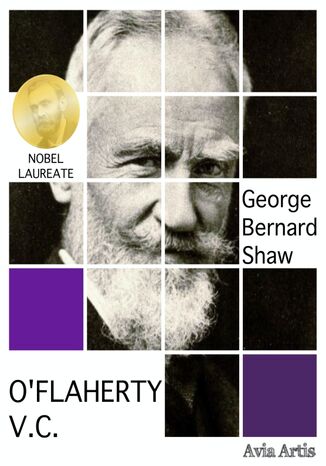 “O'Flaherty V.C.” is a play by George Bernard Shaw, an Irish playwright who became the leading dramatist of his generation, and in 1925 was awarded the Nobel Prize in Literature.

“O'Flaherty V.C.” is a comic one-act play written during World War I by George Bernard Shaw. The plot is about an Irish soldier in the British army returning home after winning the Victoria Cross. The play was written at a time when the British government was promoting recruitment in Ireland, while many Irish republicans expressed opposition to fighting in the war.