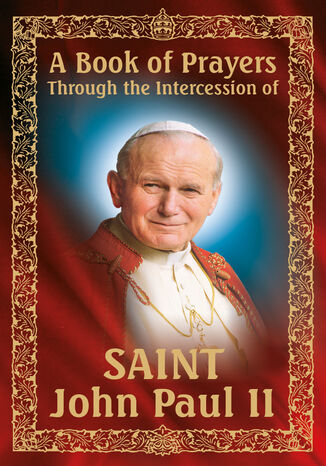 A Book of Prayers Through the Intercession of St. John Paul II

This prayer book has been compiled for the canonisation of John Paul II and is the first publication of its kind containing special prayers through the new Saints intercession. It has an introduction by Cardinal Stanisław Dziwisz, Pope John Paul IIs personal secretary and his most faithful friend. Karol Wojtyła was known for his special empathy with ordinary people, and also for his profound prayer. These are the characteristics reflected in this prayer book, making it an ideal instrument for spiritual contact with Saint John Paul II, and a handy collection of prayers which will be useful throughout your life, both for the magnificent moments as well as at the hard times.

It has been translated into all the major languages and has an imprimatur, which means it has been officially approved by the Roman Catholic Church.