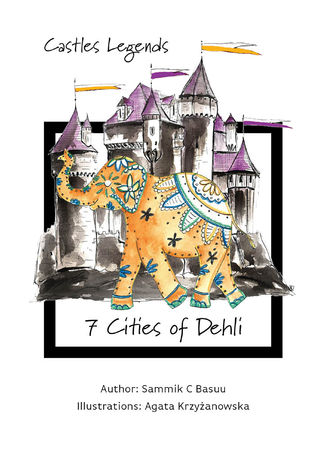 There are many versions of the different cities of Delhi. Some say there were 7 cities, some say 9, some historians also claim that there were 12 or 14 different cities in total, starting from the mythological times to this day. For our convenience, we have selected the most famous version of the seven cities of Delhi and merged the overlapping locations of different cities in one single chapter, like that of the legendary, pre-historic city of Indraprastha and the Purana Qila in the medieval city of Dinpanah, which share the same location and therefore have been clubbed together. This book will drive you through legends of all of them.

This e-book was created as part of the Castles.today project that seeks to promote history and tourism by presenting high-quality content related to castles and forts scattered around the globe. We offer you a brief escape from the daily routine, allowing you to travel back in time to the era of princesses and knights strolling through chambers and castle walls.