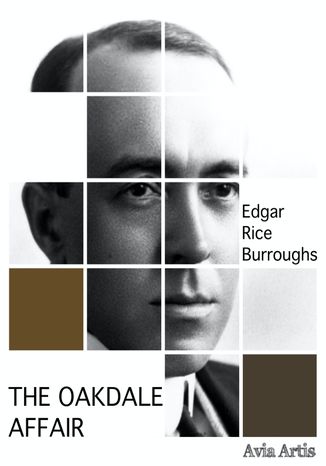 “The Oakdale Affair“ is a novel by Edgar Rice Burroughs, an American fiction writer, who created such great characters as Tarzan and John Carter of Mars.

This is the third book in the Mucker series.

In the home of Jonas Prim, president of an Oakdale bank, a thief makes off with a servant's clothing and valuables belonging to Prim's daughter Abigail. Abigail is thought to be absent visiting Sam Benham, whom her parents want her to marry. When the Prims discover the theft and learn that Abigail never arrived at Benham's. The incidents are assumed to be connected to other crimes, the assault and robbery of John Baggs and the murder of Reginald Paynter, who had been seen with two men and a girl. The local paper speculates Abigail might have been involved with Paynter's murder. Mr. Prim hires a private eye.