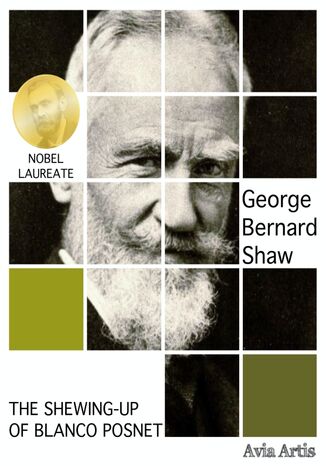 “The Shewing-up of Blanco Posnet” is a play by George Bernard Shaw, an Irish playwright who became the leading dramatist of his generation, and in 1925 was awarded the Nobel Prize in Literature.

Shaw claimed that "this little play is really a religious tract in dramatic form", the plot being less important than the debate about morality and divinity that occurs between the characters. He was using the folksy language and quirky insights of his principal character to explore his version of the Nietzschean concept that modern morality must move "beyond good and evil". Shaw took the view that God is a process of continual self-overcoming: "if I could conceive a god as deliberately creating something less than himself, I should class him as a cad. If he were simply satisfied with himself, I should class him as a lazy coxcomb. My god must continually strive to surpass himself." When he heard that Leo Tolstoy had shown an interest in the ideas expressed in the play, he wrote a letter to him explaining his views further.