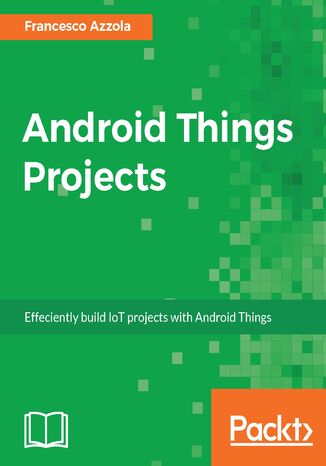 Who This Book Is For

This book is for Android enthusiasts, hobbyists, IoT experts, and Android developers who want to gain a deeper knowledge of Android Things. The main focus is on implementing IoT projects using Android Things.

What You Will Learn

With this book, you will be able to take advantage of the new Android framework APIs to securely build projects using low-level components such as sensors, resistors, capacitors, and display controllers. This book will teach you all you need to know about working with Android Things through practical projects based on home automation, robotics, IoT, and so on. We'll teach you to make the most of the Android Things and build enticing projects such as a smart greenhouse that controls the climate and environment automatically. You'll also create an alarm system, integrate Android Things with IoT cloud platforms, and more.

By the end of this book, you will know everything about Android Things, and you'll have built some very cool projects using the latest technology that is driving the adoption of IoT. You will also have primed your mindset so that you can use your knowledge for profitable, practical projects.

This book is packed with fun-filled, end-to-end projects that you will be encouraged to experiment on the Android Things OS.