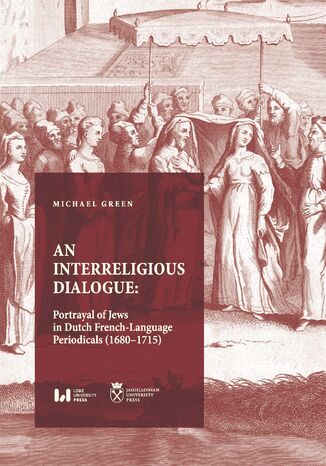 An Interreligious Dialogue: Portrayal of Jews in Dutch French-Language Periodicals (1680-1715)

This monograph analyses the way that Jews were portrayed in various scholarly journals and lay gazettes published in French in the United Provinces of the Netherlands, mostly by Huguenot refugees. Many of these sources have previously escaped scholarly attention, and as such are valuable sources for exploration. The scholarly journals are mostly focused on the discussion of historical and theological aspects of Jewish people and Judaism, the origins of their language and its influence on others, and their customs and nuances related to worship. The lay gazettes discuss gossip and contemporary events, portraying the Jews as their editors see them. Jews were depicted in these sources in several unique ways which are identified in this study. Particular attention is given to the dimension of privacy, which provides an additional tool of analysis aimed at better understanding how these constructs were created. The final part of this book examines how Muslims in general and Turks in particular, as well as the Siamese, were portrayed in the same sources, in order to investigate whether they were treated differently than the Jews.

Huguenot Refuge in the United Provinces of the Netherlands    19

Republic of Letters and Its Scholarly Journals        35

Part I. Jewish Image in the Scholarly Journals    43